A downloadable game for Windows

(Episode 1 is the full game, not a demo)
Welcome to GET OUT ALIVE Episode 1, the first part of a 3 episode series. GOA is a first-person, horror, survival shooter. In GOA Episode 1, you play as Grant, a Soldier fighting the good fight against the BAD things that go bump in the night, Not to be confused with the non-Night Bumpers. Your leg is hurt, your squad is dead and all that's standing between you and Evac is a bunch of bloodthirsty mutants. Tell me, will you GET OUT ALIVE?

Download the first episode for FREE now and find out!

(This is NOT a wave-based survival game, incase you played the demo first and are confused)

Also, I forgot that there's a Flashlight XD

I had a good time playing this one, even though I didn't finish it. I'm just not a big fan of having to completely restart a game when I die. I might try and finish it again though when I have more time.

This was so much fun, i cant wait for ep 2. I love the design for this game so much!

Thanks for playing! The game has been updated since your playthrough, Consider updating and checking out the new stuff!

Reply
Kit128 days ago(+1)
I had a lot of fun shooting these guys full of bullets! There are some really great things in this game, I hope you keep creating!
Reply
Owl Nest Studios128 days ago

Thanks for playing! The game has had a large update recently, Consider checking it out, Might be worth another playthrough in your freetime?

Hey Wings, you really do have the making of a great AAA creator. I really liked this game. The story and the gameplay was great. This wouldn't be a review if it didn't include constructive criticism though.

I did fine a few things I thought could use some looking into. First was the animation from running to walking. It kind of glitches out a bit when switching between them, which isn't too much of a big deal. Another thing, since the setting is underwater, I don't think doors would creak when opened, if they would, then I believe it would be muffled. As would the footsteps and the pretty much a lot of the sounds.

What I did like were the models, these bad guys look so crazy and the way they sound is great. Kudos on that. The movement as well. I liked how the player wasn't able to run for too long before getting tired. That was a smart move. The gunshots as well. It really felt like I was actually shooting underwater.

The game was great and I would love to see what comes next.

Also, knowing you, I would really like to try out Uni-FPS Controller, not only because I like your stories but, because I do want to support you. Give me some time and I will.

Anyway, keep it up dude!! I hope the best for you and your team. Good luck!

Hello Aten, Long time. Hope you're doing well. Yeah, the game isn't perfect. I made it alone, in 6 days. It was originally meant to be what The Grim Stuff was, Which was a memory horror survival game, but I decided to put an extra 4 whole days into the project, and made this 1 of 3 episodes, All taking place in the GRIM universe.

The game is actually NOT underwater. It all above ground in an abandoned apartment building set in the same universe as The Grim Stuff and A Grim Tale. It's before creatures learned to live together in that universe. A small percentage of players experience this weird Slo-Mo bug, which might be why you thought it was underwater.

All the animations I made in the engine, by modifying some Mixamo animations. I'm no animator, so the animations kinda just get a free pass because of it lol, but we have an animator now, so episode 2 will be DOPE! look at Twitter for updates on the 2nd episode. Thanks for playing Aten. Glad to see you out and about playing games and hopefully doing well.

Wow.... Could've fooled me about the Underwater thing lmao. I think that would be a cool setting though but nice, glad to see you're still going at it man. I'll definitely try to check some stuff out. I'm currently still going through some shit but, hopefully in the next couple of weeks, I'll manage to settle things down in my own place. But I did take some time to check out some things and try and see what you have been up to as well. I kinda lost contact with everyone so, if you ever talk to them, tell them I said what's up. Like I said though, Keep going at it and I'm sure you'll create some hits :) Nice talking to you again by the way. Stay safe bro.

Hey there, I made a video on my Youtube channel for this game. tbh, I like it and I hope for the second episode there'll be more scary and vicious mutants! it's kinda lagging on my computer tho. but, I think it's not because of the game. your game start at 4:25

Thanks for playing Ziodoesit! Glad you enjoyed it. Episode 2 is in the works but no official release date yet. Check us out on Twitter @HorrorInTheNest for updates near-daily on the second episode

Hey, we talked on Youtube but wanted to post on the the wall for posterity or whatever that word is hah . Thanks again! :)

Thanka again for playing! Was a very enjoyable and funny video!

Thank you so much for playing GOA episode 1! Really hope you enjoyed it. Stay tuned for episode 2

Reply
Placebogames139 days ago (1 edit)
Fantastic game, I really enjoyed playing it, please subscribe to my channel, I need support, you will like my channel, thank you friends:Placebogames - YouTubehttp
Reply
Owl Nest Studios139 days ago

Thanks so much for playing! Really hope you enjoyed it! Watched your video, left a like!

Reply
Rettacera142 days ago(+1)
Really enjoyed your game! I mention it in the video but it really has a feel of polish that a lot of these itchio titles don't have. Looking forward to your next project!
Reply
Owl Nest Studios142 days ago

Thanks so much for playing! I'm so glad you enjoyed it. About to watch your video now!

Hey i just started playing and i like it :D (currently at work so i can only give it a few minutes), but something i noticed is that <spoiler warning for others> you can find bodies of the team with M4A1s (or some simmilar rifle) and you can't really interact with them and check them, while gameplay wise i understand, i'd at least add a comment about them being unusable or something ;) It's a small thing but if i'd be stuck in such a place i'd grab any weapon possible

Edit: so i did run away, pretty neat game, i'll wait for more :D

Hey S4drax, Thanks for playing, and glad you enjoyed it. The game was made in such a short amount of time, I really didn't have time to make and think of everything, So the reason you can't use the guns of the soldiers in the basement, is because when you exit the starting room, you hear gunfire coming from the basement, the guns are out of ammo. Hope that's a good enough explanation for you.

However, if anyone reading this would like to know why the guns aren't usable. The game was made in about 5 or so days, and I didn't have the time or the animations or the sound effects or the particle effects or the gun folly sounds. Basically, all I had was the models and nothing else to make them functioning weapons that also felt good. So rather no mechanics than a bad one.

Hey, thats solid reasoning enough :D and yea, devtime also is a factor. Characters comment on empty mags would be a neat addition but that is all :) From what i see the project is ongoing and there are 2 more parts incoming, looking forward to those ;)

Thanks for playing! Hope you enjoyed it and glad to see you were able to finish it.

I played the first episode and I can't wait for the next one. I liked the atmosphere of tension present here. It is survival horror in the good sense of the word. Congratulations.

Thanks so much for playing, Glad you enjoyed it! Not sure when the 2nd episode will happen, but it's definitely in development.

Is there controller support for this?

There's not. However. I may add it in the future, and If not, Maybe in the next episode.

Thanks so much for playing the first episode of GOA! We're so happy you enjoyed and we're excited to release the next episode in the near future, Stay tuned, because we have a lot of games line up!

Nice, a very solid little level, I like it a lot! The dark atmosphere was great!

I was able to successfully escape alive! I enjoyed playing, "Get Out Alive" (Episode 1). Also, can you add a setting to where you can delete your saved progress if you can. I was hoping to share the game with others and spread the word. Thank you!

Thanks so much for playing Stonez! So glad to hear you enjoyed. There aren't really any plans to update the game, However, if you wish to delete your save file, you can do so by going to C:\Users\[YOUR USER]\AppData\Local\GET_OUT_ALIVE\Saved\SaveGames and deleting the .sav file. Once you open the game again it will open as if you are playing it for the first time. I may add something like this in the future.

Okay, thank you so much! I'll try this!

I played the full game and it's nice. Though I'm not sure if I got the good ending or got the time loop. But it is a nice improvement over the demo.

Here's my channel for other games I have played. http://www.youtube.com/c/Levont

Thanks for playing Levont! Glad to hear you enjoyed it and great video as always!

Hey man, great update! I like how clear the game has been improved since the demo. I know I don't really do this anymore but I made a short no nonsense gameplay video for people to check out since it's quite different from the demo.

I really like how it looks & feels like a AAA game. The gunplay & animations are really slick & the intro build up is well explained. I like the small attention to detail as well, like when you get hit, your mask cracks and your oxygen depletes. Very nice touch. There is a clear objective, it's challenging, but fair.

That's so great to hear! Glad you enjoyed it, about to watch the video now.

Welp. I didn't get out alive. But it's a fun demo for sure. Nice monster design as well.

Here's my channel for other games I have played. http://www.youtube.com/c/Levont

Thanks for playing Levont! Glad you liked the demo!

As did we miss you!

Thanks so much for playing the demo! I'm glad you enjoyed it. I'm not sure what you mean about the first room, could you explain please?

Could you provide a timestamp, for what time the glitch occurs? I'm still unsure as to what you're referring to? 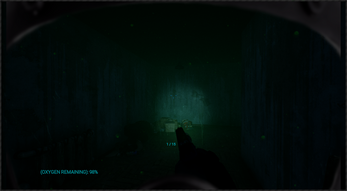 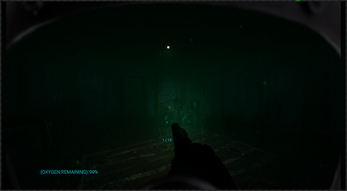 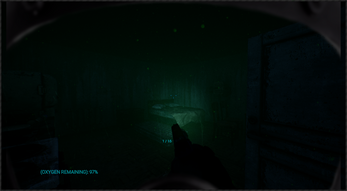 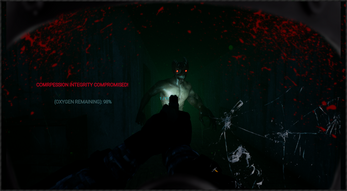 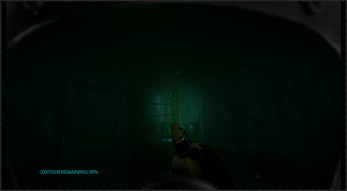 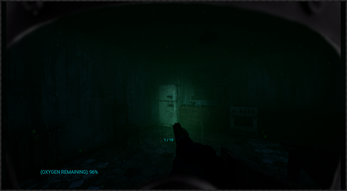